The first session of the second day of working with the water pool saw Andree arrive bright an early. We'd worked together for the first time a month before, but when I described the pool project, she immediately wished to participate. With the experience of the previous day's sessions guiding me, we began with a series of portraits, and then moved onto bodyscapes.
Some of my favourite images of Andree are of the water slowly drawing back off of her body; I'd ask her to submerge, and then very slowly bring her body to the surface - the results were really magical.
Towards the end of the session, Andree moved into a pose which placed her head just out of the water, below an arched arm, and on direct axis with the rest of her body; it flows directly from some of the images of the previous day, but has a simplicity and clarity which was missing in the earlier versions. 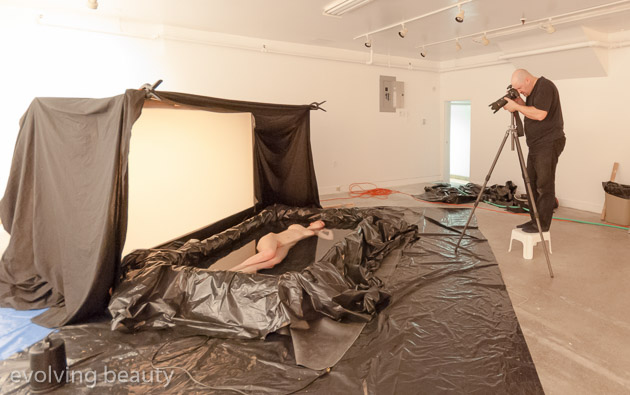