L_  and I didn't manage to meet up the last time I was in Toronto, but fortunately this trip had a little more time (as the Naked in the House exhibition was at night). After meeting up with her at the exhibition and crashing on her couch for the night, we had most of the next day to work together.
The real issue was not finding the time to make photographs, but rather a location. You'd think in a city the size of Toronto these would be a dime a dozen but in early March it was far from warm enough to work outdoors,and L_ only had a limited number of indoor places she had access to model in. As luck would have it though, a friend of a friend of mine in Moncton, whom I'd met at the Naked in the House 05 opening the night before, offered us access to a house she was house-sitting for a friend who had moved to Japan.

With the choice of working in an unknown location, or not working at all, both L_ and I took up the offered location and, as strange as it was, began working in the house of a stranger, three people removed (half way to Kevin Bacon, I'm sure.).

As it turned out, the location was fabulous to work in; while the house was small, it had some wonderful architectural features, including a wonderful, railing-less stairway, which was the first location work worked with. After a couple of sketches, we settled on an elongated pose, with L_ 's head disappearing behind the ceiling - it both worked with the space, and with the lighting, creating a beautifully delicate image with a strong pose and composition.
The last part of the session was spent making a series of portraits on a couch in the living room. L_ has such a wonderful presence in front of the camera, and every time I have a chance to work with her, I set aside some time for portraits, seeking to build a series of portraits stretching over the years of our work together.
While I am terminally frustrated that L_ 's moved to Toronto (in regards to how that limits our ability to work together regularly), it was such a treat to work with her again, and see such strong images come out of our time spent together in the house of a friend of a friend of a friend of mine.
No comments:

Naked in the House 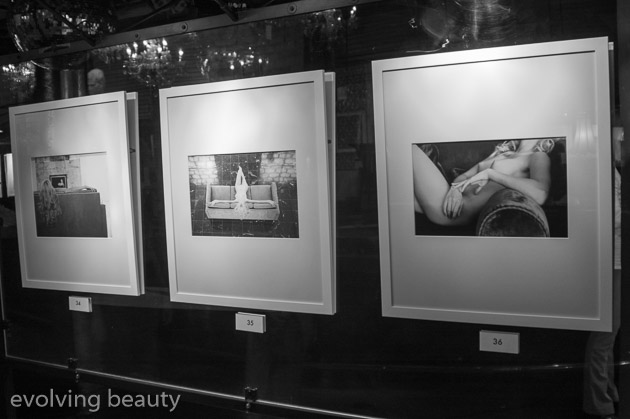 After spending the morning working with Colleen, I wandered about downtown Toronto, eventually finding my way to "This is London", the venue where the exhibition and award ceremony would be held. The treat of arriving early was being able to see the exhibition without the inevitable press of people, who would flood the place once the doors opened to the public. 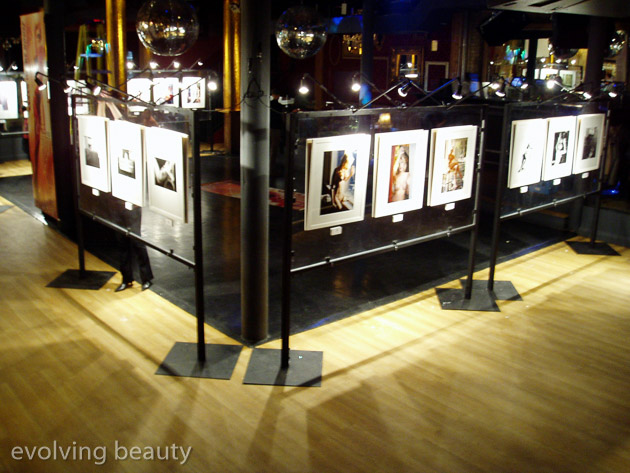 The 36 images were displayed in sets of three, each set representing the images of one photographer. The display method, hanging them on large sheets of transparent plastic mounted in metal frames worked wonderfully, always permitting the viewer to get a sense of the room beyond while being able to easily focus on the images themselves.
No comments:

A Second Session with Colleen


As soon as I had the confirmed dates for the Naked in the House exhibition, I got in touch with Colleen to see if she'd be available to work with me during my visit to Toronto. Our first session had gone very well and I was looking forward to building on those earlier images.
Colleen was able to spend the morning working with me and, after an early morning flight from Moncton, I arrived at her door with camera in hand and just half an hour later we were working. We began the session with a series of portraits but swiftly moved onto more abstract images, working with her body on a couch the couch had been delivered shortly after our first session together, so we didn't have the chance to work with it before).
The most engaging part of the session began when Colleen began to work with a piece of jewelry she thought might be interesting visually. Normally I don't use much in the way of props in my work (apart from skulls, which I have always loved combining with the Nude) but, in this case, the flow of the necklace, combined with how the dark red stones looked in infrared made all the difference. We began working with the necklace around Colleen's neck and then finished experimenting with it on the small of her back - both yielding interesting results and while I can't quite see an entire series of Nudes with jewelry developing out of this discovery, it certainly was a surprising success.
The final part of the session was dedicated to working with Colleen and some toe shoes she had suggested posing with. I was initially hesitant to work with these, as they seemed a little cliche, but given that the only thing an experiment took was time (one of the joys of working with the digital cameras) I decided to see what would come of the combination. As it turned out, the shoes worked surprisingly well, giving Colleen a focus to work with in the images, and while perhaps not the most logical combination, it certainly made for some engaging photographs.
No comments: