As I was waiting for a bus, I suddenly saw a distant water tank, with as simple blue line set against a dull white sky.
Moments later, the curved arch of the ceiling of the bus shelter came into clarity, and I made a composition that was as much about the frame around it, as it is the image within.
And moments before the bus arrived, a Coke delivery truck stopped in traffic, and the ghost of a hand print was etched into my mind's eye.
No comments:

Though Ingrid's prize possession is a horse skull, she also has a collection of smaller skulls, and these were the focus of this indoor session, exploring the contrast of the body and the bones, so to speak.
The light for the session was simple window light, but where we were positioned, on the floor below, was perfect for providing a soft, even illumination which really ties the two subjects together visually. I have always loved the combination of bones and the body, finding the contrast and similarities fabulous to explore visually.

This morning the frost returned, so I grabbed a camera, and continued my explorations. Though I really like the images I am getting, I am becoming more and more frustrated with the approach I am using (a 50mm lens with extension tubes) - while the main part of the images are plenty sharp, the lens is not designed for such magnifications, and have serious problems on the edges…a macro lens would be much sharper. The pennies are being counted, and perhaps by the end of the month, a macro lens can be added to the mix…
This image makes me think of an Asian script character - something speaking of both cold and fire perhaps.
No comments:

A Chilly Morning in Moncton

I woke up this morning to find frost on almost all the windows…so I had to photograph it. This image is made with my lens hood pressed up against the glass with the frost on it…with the focal plane adjusted to be exactly on the glass…this image is a stitch of four frames, to increase the quality and resolution.
Sadly, this is the only photography I did today. A model was supposed to join me for the afternoon, but came down with a cold, so she had to postpone our session. Hopefully in a week or two, we’ll get the chance to work together!
No comments:

An Exhibition in Prague Castle 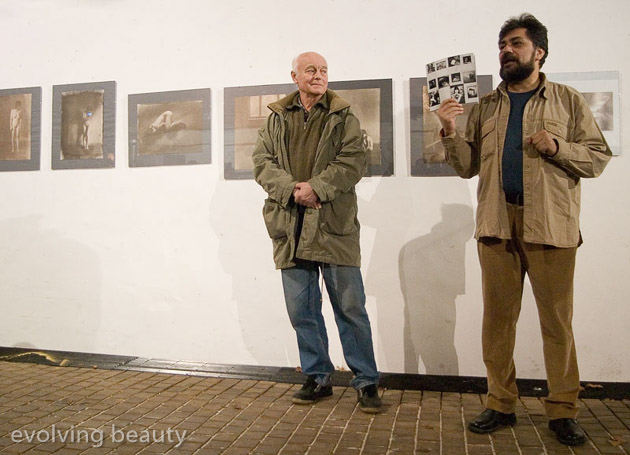 I was voted as one of the top 12 photographers of 2006 by the readers of PhotoArt magazine, so four of my images were exhibited in Prague Castle by the magazine’s editors. 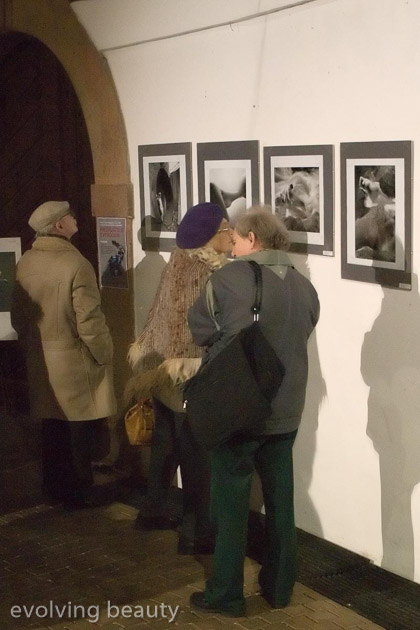 Above are the four images displayed within the castle, and below you can see them on the left side of the image. 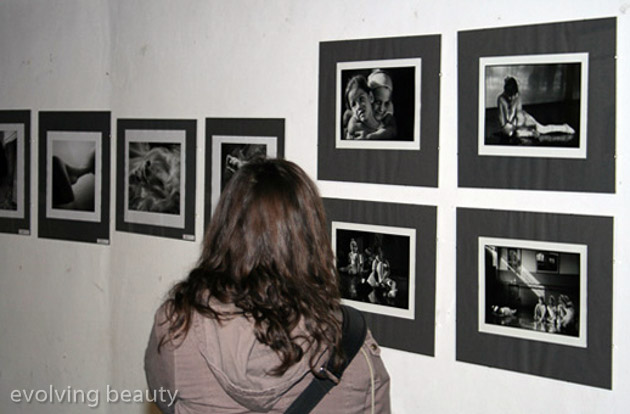 This was from a first session with a new camera, and a first session with a new model. Harriette contacted me last week, asking if I’d be available to help her with some nudes to commemorate her birthday, so today, on her birthday, we spent 2.5 hours working together…with her in her birthday suit! The lens I used to make this image was a tilt-shit lens from Russia, which explains the shallow, selective focus.
Though she lived away from Halifax, she was planning a visit, and was hoping to spend some time celebrating herself as she moved past a milestone in her own life. Luck was with us, and after a short discussion about her goals for the session, we began working. Thought it was January, the light was bright and wrapped around her a H_ modeled in the sea of white sheets.
By far my favorite images of the session were the portraits, both those made early in the session, which had a somewhat formal feel, and those made towards the end of the session, when H_ had really relaxed into the process, and lay stretched out in a bed of white.

Together, we made some lovely images, and I have just under 12gb of RAW files to edit through before I have a sense of where the best successes lie! While Harriette is leaving in under a month, I’m hoping to have the chance to work with her more over the coming weeks!
No comments:

An Indoor Session with Christine


This session was a mixed bag of work; the primary focus was to explore some ideas Christine had about using Pilates poses; she'd recently started working with them, and thought they might work well for my indoor figure work. That being said, we began with a series of portraits, building on the earlier ones I'd made of her outdoors.
As soon as we started working, I saw the potential - in some ways, it was a form of slow motion dance - the majority of the poses Christine held created a beautiful flow to the body, and it was easy to make a number of really pleasing images as she moved through the various positions she knew.
The final part of the session was an even bigger experiment; after Christine applied a thin layer of baby oil to her skin, a thin mist of (warm) water was sprayed onto her, creating a layer of water drops; in some ways, I think this was a very strange blend (oil and water, after all), but if I an honest, the glittering water highlights on her skin worked really well in the luminous light of the room we worked in.
No comments: 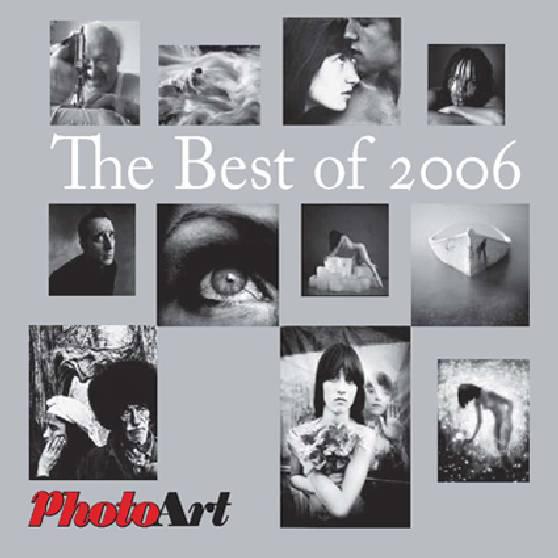 PhotoArt.cz  has published the Best of 2006 issue, which includes a 10 image portfolio of my work (the images I posted to my blog late last year), along with photo by 10 other photographers selected from the work published by PhotoArt.cz in 2006.

For the image by me used on the cover (top row, second image), PhotoArt.cz used Rivergod
No comments: