My biggest project early 2001 actually began in November of 2000 when I began building an 8"x10" system, marking my return to a format I had set aside in 1998 (I had bought my first 8x10 camera in 1993). At the time, there were two reasons I abandoned 8"x10" cameras: the lack of an enlarger capable of enlarging such large negatives and the desire to use even larger camera; in time, I hope both of these will be addressed. Sparked by the events of the past two years, the decision to return to 8"x10" was one that took a lot of consideration, debate and reflection to make and longer still to actually complete.
The primary motivation to make the shift came out of last fall's New England Expedition, during which I spent two weeks working with both architecture and figure models. Out of these sessions came over 350 4"x5" negatives that yielded several dozen strong images. This success ratio posed the question of why I made so many negatives to achieve proportionally so few successes. This is very similar to the experience which led to me the initial shift from 35mm to 4"x5" in 1991 when I decided that the additional challenge and "risk" of working with a view camera would be the
ideal catalyst to propel my imagery forward.
Once I resolved to take another try at the 8"x10" format, I began to acquire the equipment. Surprisingly, the easiest part to find was the camera body - a used 8"x10" was available in Toronto, and in mid-December, this camera arrived in Halifax. 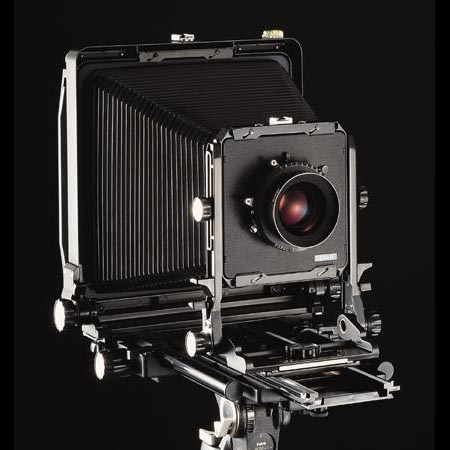 The rest of the equipment was realized through the exchanging of lenses I wasn't using to their full
potential for those that would be necessary for my new system. The research for this took a good number of weeks, but was well worth the effort, both in terms of the specific application to my new camera system, and in a general honing of my knowledge of the format. The final system is a Toyo 810G body with three lenses, a159mm, a 240mm and a 375mm.